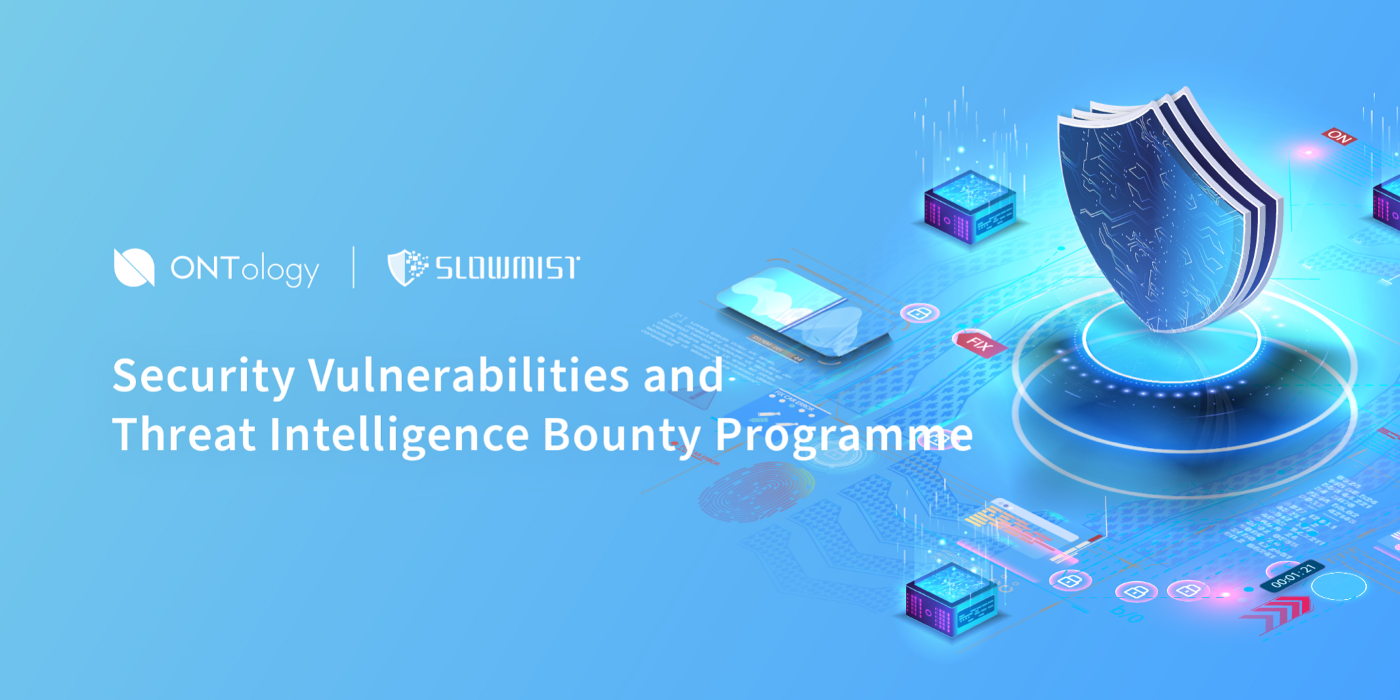 Ontology has now officially deployed its EVM TestNet and is opening its EVM-compatible public beta for developers! Developers can use the Ontology Bridge to convert Ontology’s native OEP-4 tokens to ORC-20 tokens and add them to their MetaMask wallets and then deploy dApps. The Ontology Blockchain Explorer, Developer Documentation Center and Ontology EVM-supported Web3 API is also being upgraded, incentivizing Ethereum developers to deploy dApps on TestNet.

In collaboration with code auditor, SlowMist, Ontology is setting up a bug bounty where developers can win thousands of dollars in rewards! The Ontology Security Vulnerabilities and Threat Intelligence Bounty Programme is designed to help improve the security and performance of the Ontology network and support its EVM development, with a top prize of $12,000 in ONG rewards.

Below, you can find a breakdown of the different types of vulnerabilities and their corresponding rewards, along with descriptions of how we aim to address vulnerabilities based on their severity.

Conceptual or implementation security issues in the following Ontology protocols:

Incorrect implementation or usage of the following cryptographic algorithms:

The reporter visits the “SlowMist Zone” website and goes to “Submit Bug Bounty” page to submit a vulnerability report (Status: Under Review).

Note: The final award depends on the severity and true impact of the vulnerability. The values in the table are the highest rewards for each level. Critical vulnerabilities reward will be in the form of ONG at the price of ONG/USDT the day before the issue.

SLOWMIST is an Ethereum ERC-20 token, the ecosystem incentive token for the SlowMist Zone.

A critical vulnerability refers to a vulnerability that occurs in the core business system (the core control system, field control, business distribution system, fortress machine and other control systems that can manage a large number of systems). It can cause a severe impact, gain business system control access (depending on the situation), gain core system management staff access, and even control the core system.

Critical vulnerabilities include but are not limited to:

High risk vulnerabilities include but are not limited to:

Medium risk vulnerabilities include but are not limited to:

Low risk vulnerabilities include but are not limited to:

Vulnerabilities That Are Not Accepted (even if such a vulnerability is submitted, it will be ignored)

Special thanks to the xianzhi and cnvd vulnerability classification criteria referred to here.